Photonic Integrated Circuits (PICs) are devices that facilitate the integration of multiple photonic functions, carried out by several optical and, often, electrical components accommodated on the same platform. Over the last decades, the ubiquitous necessity for high-bandwidth and low-cost has instigated the penetration of PICs though all the major application areas of Photonics, designating them as the fundamental building block of Datacom, Telecom and Sensing implementations. Along the same line with electronics, the fabrication of PICs involves wafer-scale electron-beam or optical lithography on substrates of silicon, silica, III-V, lithium niobate while, recently, Optical Printed Circuit Boards (OPCBs), realized on large-scale polymer or glass substrates, have been demonstrated and are heavily researched. Due to the inherent multi-lateral nature of light and its complex interaction with matter, the design of such PICs requires a vast variety of simulation and modeling tools tailored for each electromagnetic problem and integration platform. To this end, numerical methods for fast and accurate mode solving as well as propagation algorithms relying on the actual calculation of Maxwell equations, or efficient and rapid approximations, have been developed. Furthermore, circuit level simulators, in combination with analytical or semi-analytical methods enable the rigorous analysis of arbitrarily large optical circuits, determining the performance of the overall design prior the preparation of the CAD layout that will be transferred to the substrate during fabrication. 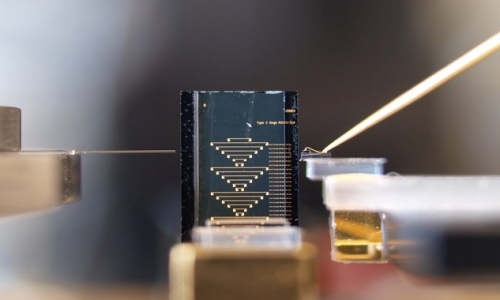